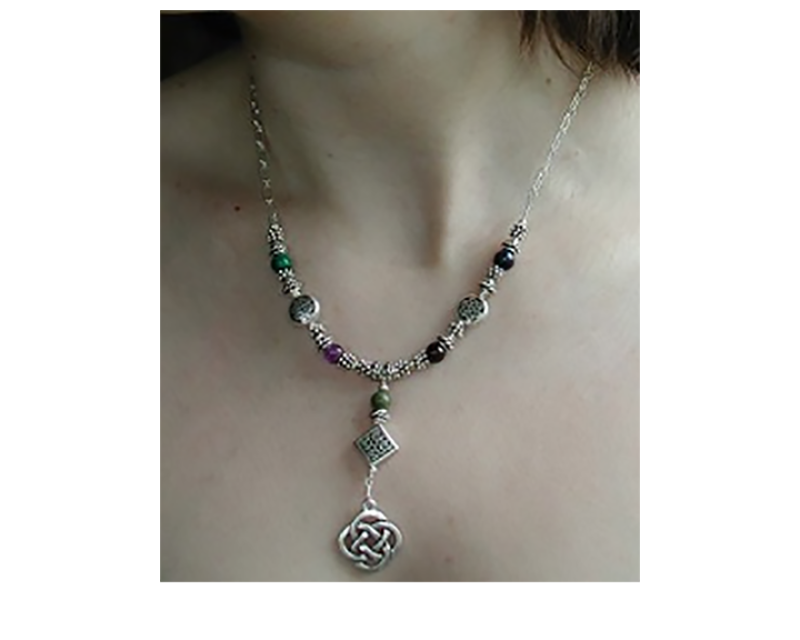 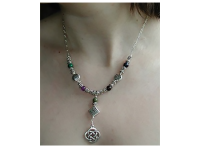 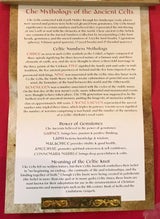 ​The Celts connected with Mother Earth through her landscape and found power in native gemstones and numbers. Rocky places were considered sacred and powers were believed gleaned from its rock gemstones. They found power and significance in certain numbers, and believed in the interlacing of one's self or soul with the elements of this world and the “other-world” which can be seen in the intertwining Celtic Knot.

The Sacred Numbers necklace is crafted of Celtic knot beads, real gemstones of garnet, lapis, malachite, amethyst, Connemara marble, with a Celtic knot drop that is a visual representation of ancient Celtic beliefs and a toggle clasp.

POWER OF THE GEMSTONES:

• The Mythology of the Celts.

• The Meaning of each of the Sacred Numbers.

• The Power the Ancients attached to each Gemstones of Garnet, Lapis, Malachite, Amethyst, and ​Connemara Marble from the west coast of Ireland.